This is the homepage of QCheckers, the Qt version of the classic boardgame “checkers”. This game is also known as “draughts”. QCheckers is distributed under the GNU GPL.

Some additional information can be found in the FAQ file.

Old news can be found at http://kcheckers.org/ (no longer available).

See Downloads for older versions. QCheckers up to version 0.6 requires the threaded version of Qt 3.0 library. From 0.6 you can download a corresponding GPG signature file to verify file’s integrity. 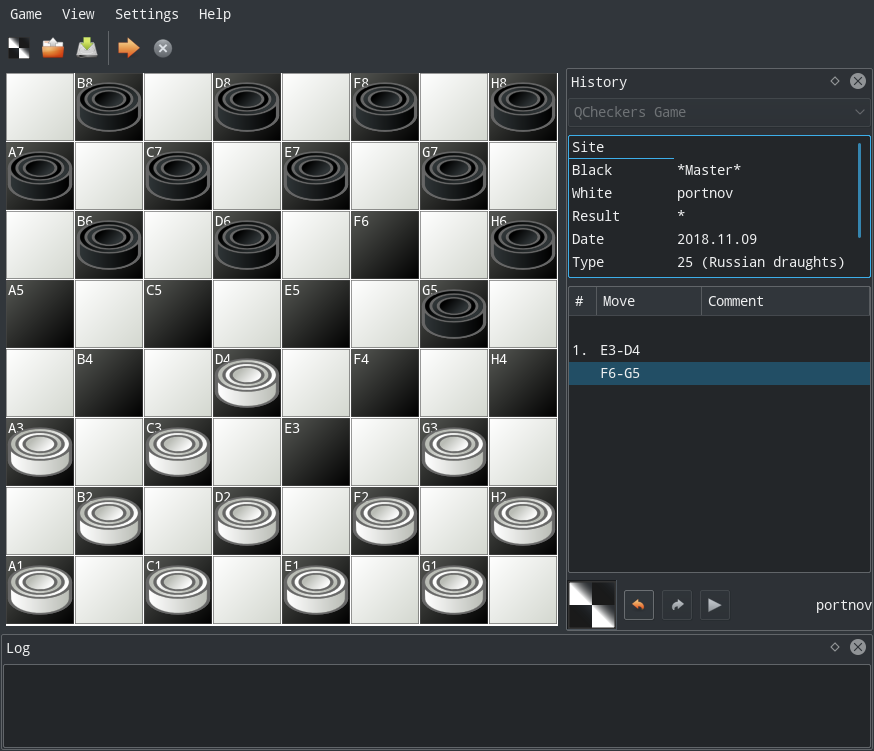 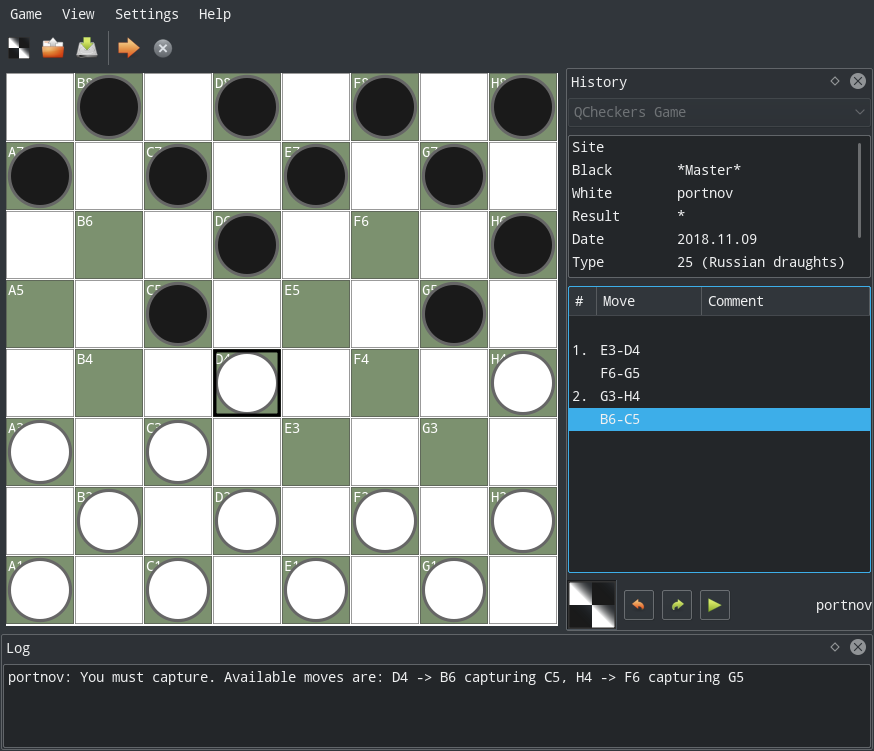 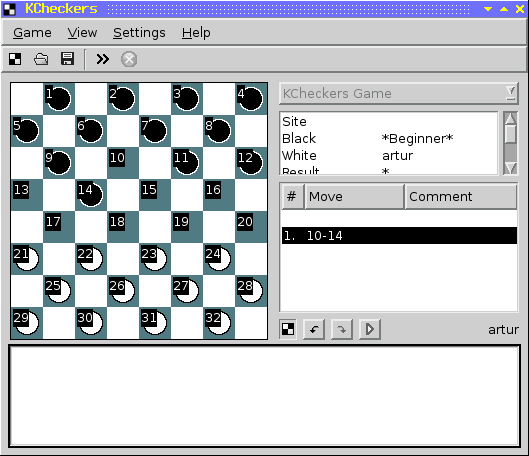 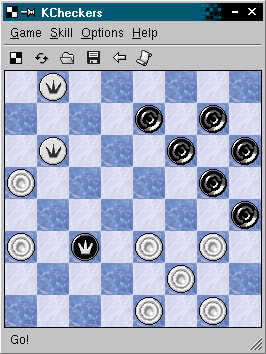 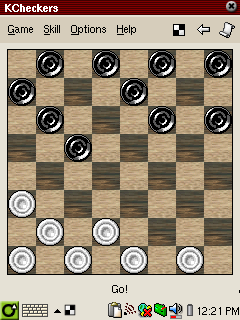